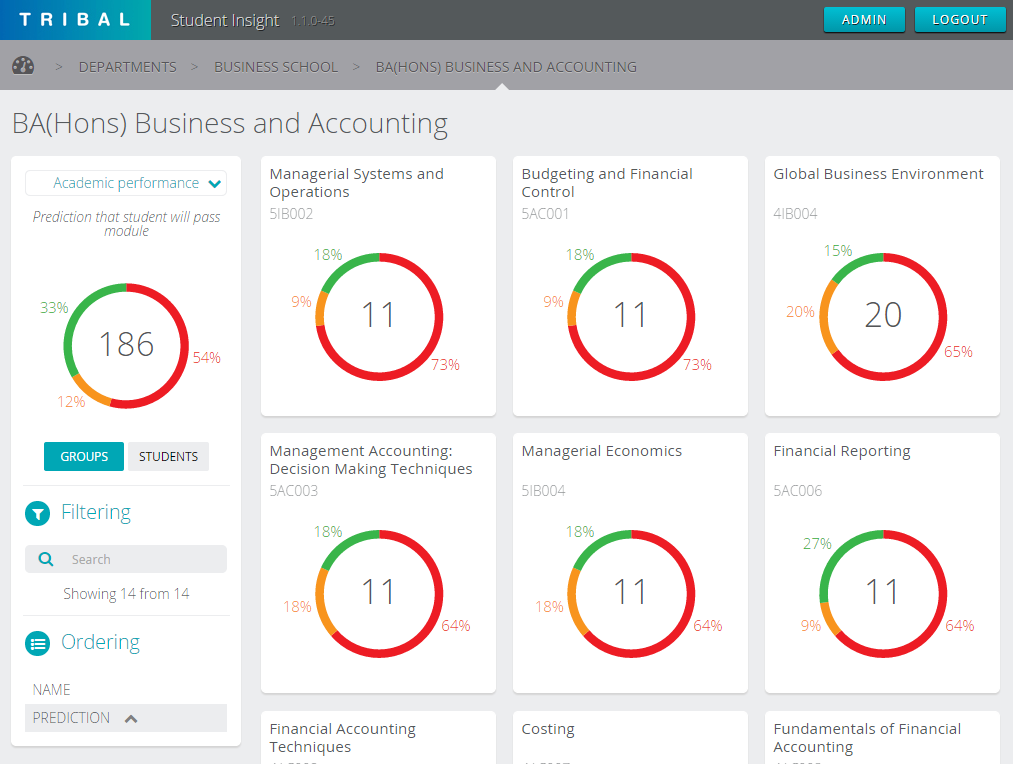 People have been blogging about the ipad and its potential for education ever since the thing was announced.  I got my hands on one last night and here are my first impressions.

I have a laptop and I have an iPhone.  I’ve not had a desktop computer for many years – nor do most students.  For me, the laptop is a workhorse used heavily for email, calendaring, note taking, browsing websites, and reading and creating documents.   The iPhone is primarily for social and leisure purposes, used for texting, phone calls, weather forecasts, maps (with the GPS) and listening to music.  There’s crossover in my usage of the two devices of course – I’ll often check my email or calendar on the iPhone, and I use Twitter and Facebook on both, depending on which machine I’m using at the time.  So is there space in my life for another device which is basically just a giant version of the iPhone (but without being able to use it as a phone)?

Portability
The iPad is a lot more portable than my laptop which already looks like a dinosaur in comparison.  There are probably many occasions when I would consider taking the iPad but would think twice about carting my laptop along.  It is less portable though than the iPhone which is always in my pocket.  As a learner on a university campus or a whole range of other situations I’d be happy to carry around an iPad all day – it weighs less than a textbook and is much thinner.

Typing
The iPad gets the thumbs up on portability, but how usable is it for note taking or writing essays?  I’ve become adept at typing with one finger on the pop-up keyboard of the iPhone.  I also touch type on my laptop.  I’ve found touch typing on the iPad’s pop-up keyboard difficult but I might perhaps get used to it.  With the keyboard dock, however, the thing is transformed into a mini laptop which I could imagine using for writing lengthy reports as well as emails.  Typing is therefore much faster than with an iPhone and the same as with a laptop.  If you use a couple of fingers to type, the keyboard dock, which seems to weigh as much as the iPad itself, may not help you much.

Screen
The quality of the images and videos is superb, though you’d find it difficult to use outdoors on a sunny day (as you would with all three devices).  It’s a better tool for face to face discussions than a laptop because the thing can be placed flat on a table and you could have more than one person touching the screen.  I might also feel more comfortable using this in meetings as flipping the screen of a laptop up puts a barrier between you and everyone else (who may suspect you are checking your email rather than fully participating in the meeting).

The touch screen of course is one of the killer design aspects of the device – as it is for the iPhone.  It’s faster, more intuitive and simply more pleasurable to touch icons and move things with your finger than it is to use a keyboard, mouse or touchpad to navigate around a screen.  The downside is the constant smears left from greasy fingers which need to be wiped off on a regular basis.

Connectability
There are good reasons why an iPad doesn’t have a USB port but it would be so nice to be able to plug it into a laptop or hard drive and simply drag music files, photos and other documents between devices.  Instead you have this ridiculous situation of having to use a third party application such as Dropbox to transfer files onto your iPad which doesn’t even have a file system you can access properly.  Plus of course you can’t actually junk your laptop because the iPad is designed to be synched on a regular basis with another computer.

The iPad connects beautifully to wifi at work but I have become so used to near ubiquitous internet access on my iPhone (via the phone networks) that not having similar network access on the iPad would make it seem crippled in comparison.

Applications
One reason I’m not yet ready to junk my laptop running Windows is the lack of applications I’ve become dependent on.  I take notes with OneNote and can do things like selecting a sentence and turning it instantly into an item in my MS Office todo list.  The standard Notes app on the iPad is totally basic in comparison.  Of course there are thousands of apps for the iPad under development and many already available but the sophistication of standard Mac and PC apps is not yet there.  I’m sure that’s only a question of time.

A colleague last week showed me a fantastic application where you point the iPad at a particular section of the sky and it shows you what the stars and constellations are in that spot.  The educational potential of this device which combines raw computing power, great graphics, adequate screen size, portability, touch screen, internet access and GPS is extraordinary.

The killer educational app I think for this device and our students will be for reading texts.  While I attempted to convince myself that I could read a book on my iPhone, it wasn’t exactly pleasurable and I never finished it.  However I think we might have finally got somewhere with this device and that people will be prepared to read large amounts of text from its screen in a way many have not been prepared to on laptops or desktop machines.  The printer is therefore set to become increasingly unnecessary and this confirms my view that the rows of books on my shelves will soon be as moribund as my LP collection.

I’ve downloaded some classic books for free and I think these are probably as easy to read as on paper and certainly a lot easier to get hold of.  I also downloaded the Financial Times app which makes the paper very readable and incorporates video clips.  The broadsheet and tabloid newspaper on paper is surely not long for this world.

Add hyperlinking,  annotation facilities which allow you to store and share your comments on the texts, interactive quizzes, the environmental benefits etc and it becomes ever harder to justify printing and sending out reams of paper to our students.  There are of course a few downsides not to lose sight of such as the necessity for a network connection and dependence on an electricity supply to keep the battery topped up.

Conclusion
I feel I could “love” the iPad in the way that I do my iPhone but have never before felt about any other electronic device.  It’s a thing of beauty.  It is also appallingly proprietary and locked down and will force me to go to the iTunes store continuously, making me part from time to time with relatively small amounts of cash.  The device is designed to work as an adjunct to my computer so I can’t yet get rid of that and I’m certainly not dumping my iPhone because it’s even more portable (and has a phone).  Steve Jobs is a genius because in less than 24 hours he seems to have created a need in me for a third electronic device, which I didn’t need before.  Millions of learners are going to find they enjoy the experience of learning on the iPad more than they do from their laptops or smartphones.  I hope others are going to give Apple some serious competition here but that doesn’t look likely in the short term.